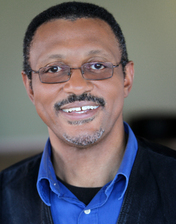 William Powell, an accomplished DC-area actor and publisher of the DC Actors Examiner column, is committed to helping fellow actors get stage and screen work; A long time Actors' Center member, William has played an FBI agent and a banker on Investigation Discovery's Who the Bleep Did I Marry? crime reenactment show; appeared in the training films Auditioning Secrets and Sleep Apnia; appeared in the indie films Recession Proof and Conscious Imprisonment and in commercials for the likes of Car Max, T. Rowe Price and GEICO; appeared in stage plays like Barefoot in the Park and Bye Bye Birdie at Prince George's Little Theatre; wrote comedy skits for The Darryl Winston Show; competed in the 2009 Funniest Fed Competition and assistant directed the plays Crimes of the Heart and Born Yesterday, and produced Moon Over Buffalo at the Bowie Playhouse (MD).

You may e-mail him at william400@yahoo.com